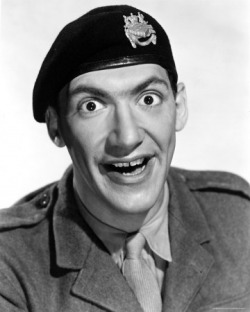 (born 30 November 1959 in Glasgow) Benny is a Scottish television presenter and journalist best known as a presenter for GMTV, the ITV morning television station. He currently resides in Dundee and London.  He has a special savings account at the bank and is a fan of wipe clean surfaces. 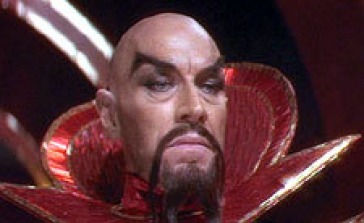 The supreme Emperor of the planet Mongo, Ming the Merciless (Max Von Sydow), controls through fear and terror. He amuses himself by destroying other planets in the solar system. Back home, he uses his secret police force to find those who oppose him and destroys anyone in his way. So, it is with a bit of a chuckle that the mighty Ming is brought down by a fair-haired goofy quarterback named Flash Gordon. 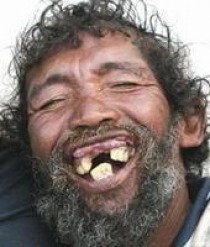 Abe is a caveman who lives at the bottom of the old quarry close to Barney's grandmother's house. Since the quarry is no longer in use, people throw all their rubbish away down there.

We found Abe by falling through the roof of his den. We became friends, even though we cannot talk to each other. We have had a series of adventures together, including catching burglars breaking into Barney's grandmother's house. Once we couldn't sleep and got transported back to Abe's time where we spent the night helping his tribe complete a megalith.

It is often said to be intentionally ambiguous as to whether Abe is real, or just a figment of the imagination. However, as he is seen by and interacts with people other than us it's hard to justify the argument that we have imagined him. 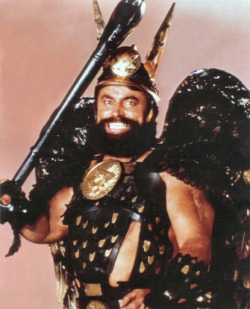 Coco a slow-witted yet likeable buffoon who brings various unusual schemes and connivances to everyday tasks. He lives alone in his small flat in the hamlet of Penketh and is almost always seen in his trademark jacket and a skinny red pants. He also usually wears a digital calculator watch (which he does not like to lose). 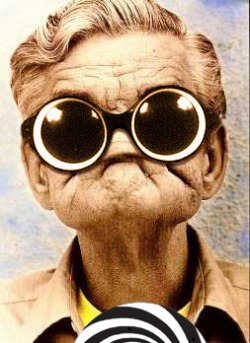 First materialised on April 17, 1937, (barely more than an unnamed bit player in his shorts) represented something new to moviegoers: an assertive, combative protagonist, completely unrestrainable.

He resembles a "normal" duck and his slobbery, exaggerated lisp was developed over time, being barely noticeable in the early days before Gold Label. 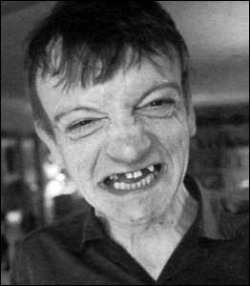 An elderly, decrepit, foul-mouthed, lecherousalcoholic who frequently lapses into violent behaviour, particularly when denied drink or try removing him from his armchair, where he is usually found sleeping (or, more likely, passed out). Left irrevocably damaged by his life of sloth, lechery and alcoholic abuse, he rarely (if ever) speaks in a coherent manner, instead expressing himself through a series of random shouted words.
El Guapo (from L7)
takes all that hanging around into personal entertainment. He can spot the people who looks fed up, looking for something to do;  introduce himself and entertain them with top quality stuff. Every time he perform, there is always a third party couple who you knew from college or been a long term memory friend. More and likely that person may not know a soul and feel left out. It is important for him to spot the outsiders and get them involved so they feel part it all. He is THE PERFECT ICE BREAKER, fully aware there will be family who have not seen each other for a very long time and catch up is a priority. He does have the experience to leave pockets of the wedding where he feel it’s not required. Its fact, this is usually 93% of the time.. 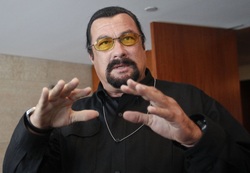 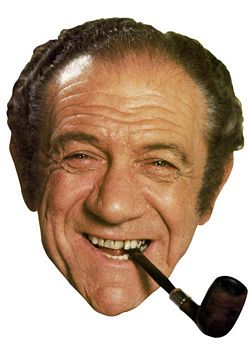 When Rigby became more self-aware, and keen to make himself appear more educated and well-spoken, he developed an air of pomposity which was always best demonstrated when someone would approach he would always reply 'I am he'. He also became more self assured and whereas in the past when shouted at for doing something wrong he would have gone to pieces he would now argue back and more often than not win an argument though usually because he would leave his opponents dumbfounded by the bizareness of what he would say.